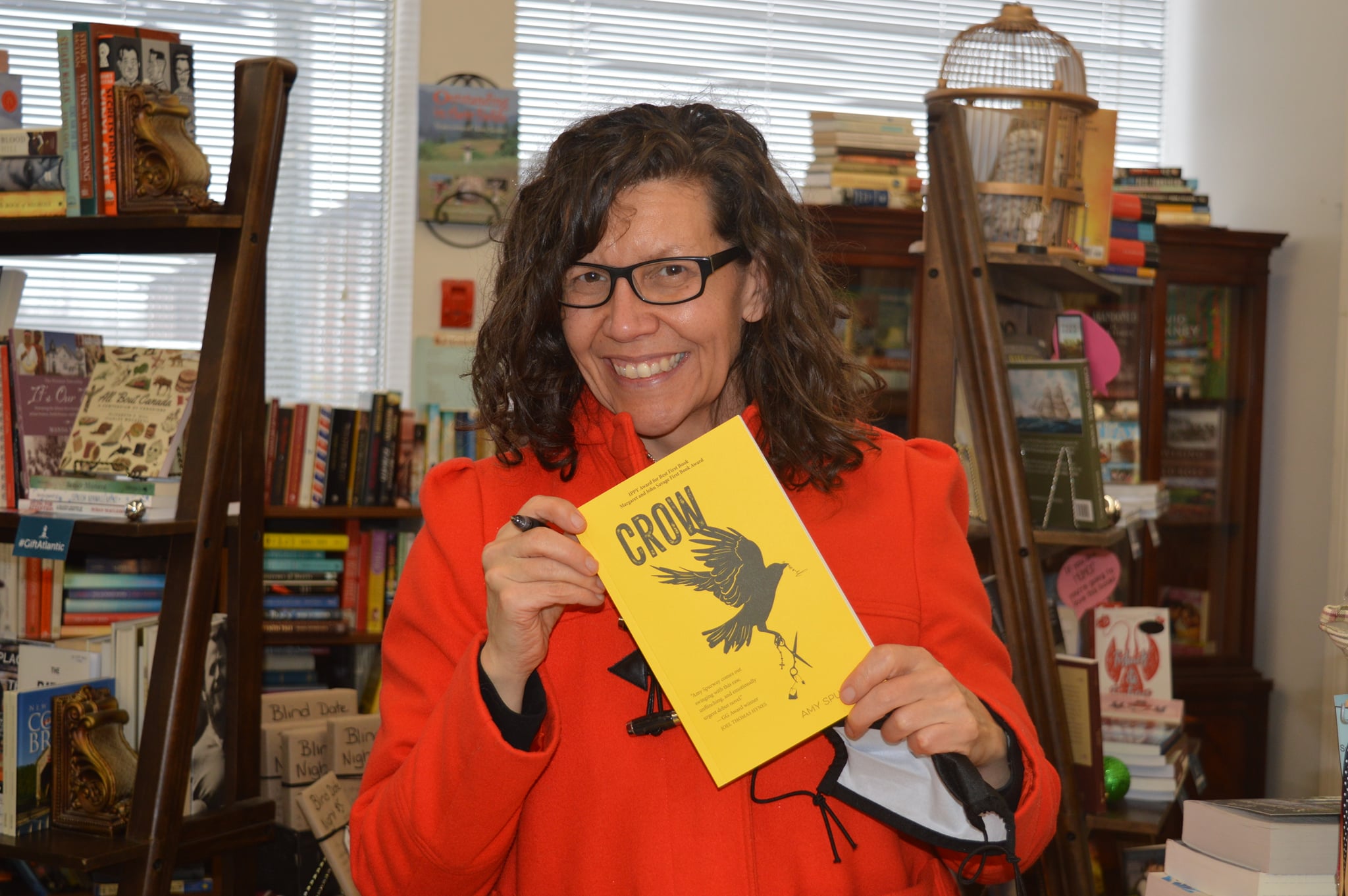 When Stacey Fortune is diagnosed with three highly unpredictable — and inoperable — brain tumours, she abandons the crumbling glamour of her life in Toronto for her mother Effie’s scruffy trailer in rural Cape Breton. Back home, she’s known as Crow, and everybody suspects that her family is cursed.

With her future all but sealed, Crow decides to go down in a blaze of unforgettable glory by writing a memoir that will raise eyebrows and drop jaws. She’ll dig up “the dirt” on her family tree, including the supposed curse, and uncover the truth about her mysterious father, who disappeared a month before she was born.

But first, Crow must contend with an eclectic assortment of characters, including her gossipy Aunt Peggy, hedonistic party-pal Char, homebound best friend Allie, and high-school flame Willy. She’ll also have to figure out how to live with her mother and how to muddle through the unsettling visual disturbances that are becoming more and more vivid each day.

Review: The first lines of Amy Spurway’s debut novel Crow set the tone for the whole novel: “I come from a long line of lunatics and criminals. Crazies on the one side of the family tree, crooks on the other, although the odd crazy has a touch of crook, and vice versa”. From this alone, I expect to find some pretty colourful, yet flawed characters in the story and I wasn’t disappointed. The story was a very fast-paced, emotional story that touches upon the sensitive issues of mental health, death, and dying. With an unmistakable Cape Breton voice, it was like no other novel I have ever read. Sue Slade Goodreads November-2021

Review: “Crow” is one of those rare finds in a novel that has you laughing out loud one minute and crying the next. It’s full of deep family emotional grit. Trust me when I say you will never forget reading about their Christmas dinner. I could hear my dear sweet departed mother’s voice in the sayings, beliefs, and words of comfort. “ We’re a little witchy, Jen”
I’m so grateful to have started this book in a brand new year.
If I could give 10 stars – I would. Goodreads Jen Robley, January 2022

Amy Spurway wrote-up a book club guide to go along with her novel Crow. It includes questions, recipes, and a playlist!!! There is even a bonus art project for ‘Book Club Keeners’. E-mail the store if you are interested in getting a copy of her guide. P.s If you try any of her recipes- send us some pictures.

Review: I purchased this book because a friend recommended it.
And it was a good recommendation!
I do really like the cover, the simplicity of the design, the detail of objects dangling from the Crow’s claws.
My first impressions when reading was how fast-paced it is. Many people coming at me, many images, lots of information to take in, and just enough time to think of one and off I go to on another trail. I was almost out of breath.
There’s quick rapid speech, as if time is running out, which it is for the main character called Crow.
She has three brain tumors and the clock is definitely ticking when she comes back to Cape Breton after leaving her home in Toronto, returning to the rural area she grew-up in to write a memoir exposing the dirt on her family, the supposed curse, and the truth about her father’s disappearance.
There is definitely an eclectic assortment of friends and family as the back cover suggests.
The novel is definitely witty, energetic and crackly with sharp Cape Breton humour.

It is Amy’s Spurway’s debut novel, and does as a novel should—entertains well.
The cast of interesting, unusual characters reminded me of Lynn Coady’s novel “Strange Heaven.”

When I was younger I read more fiction that non-fiction, but now that has switched and I feel somewhat unable to now judge fiction properly, that I’ve become so accustomed to the uncertainties in life compared to the often well wrapped up scenarios found in fiction.
There’s a loss of connection for me, but I realize that fault does not necessarily lie with the writer of fiction, but with my personal reading preference.
That said, this book is worth the read!
I congratulate Amy Spurway on her first novel. Goodreads Barbara Carter May 2019