‘The Family Way’ by Laura Best 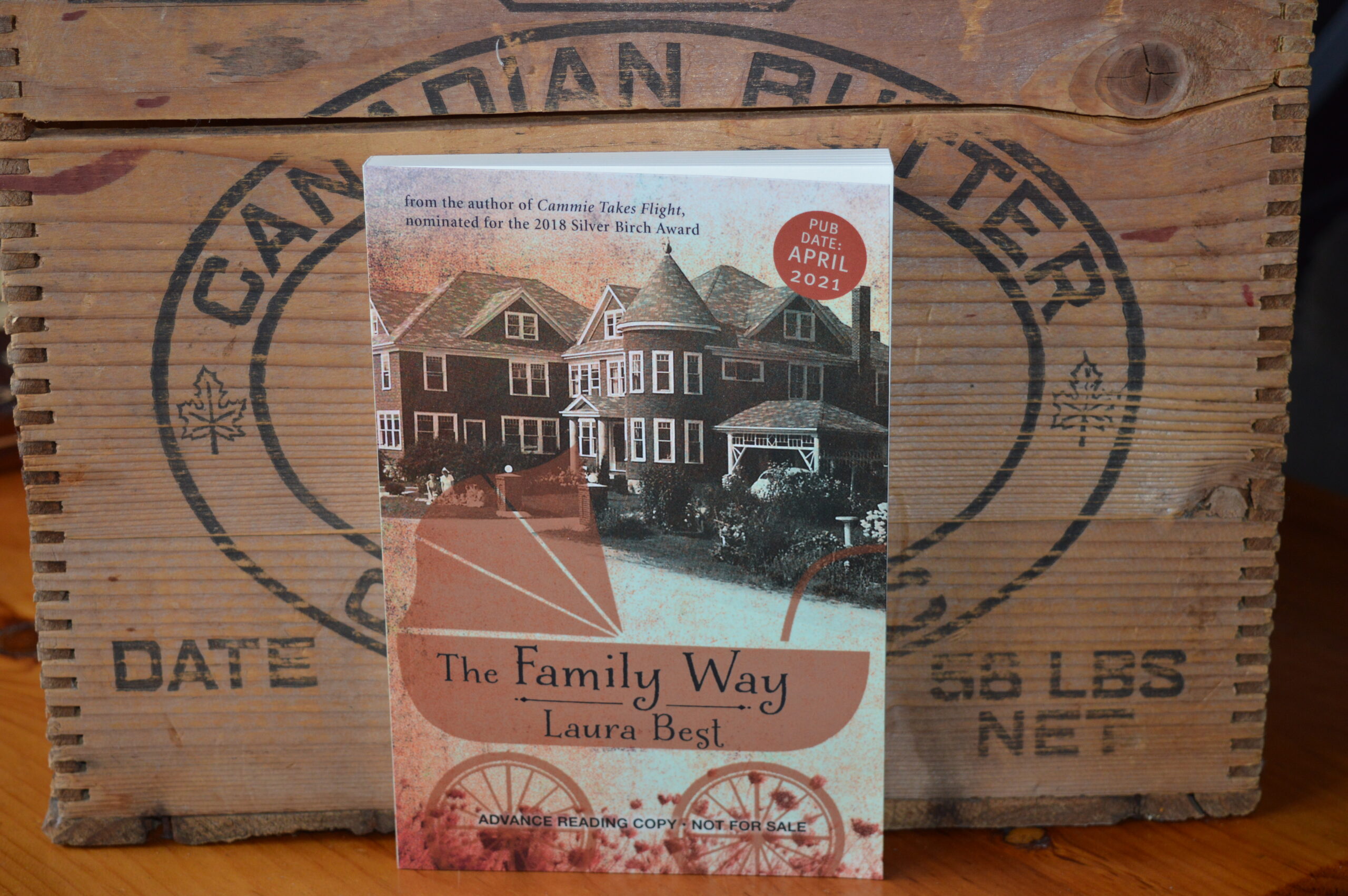 ‘The Family Way’ by Laura Best

April 13th is the release day for ‘The Family Way’ by Laura Best and published by Nimbus Publishing. This story is a middle-grade novel set in the 1930s and based on the true story of the Ideal Maternity Home, and its tragic Butterbox Babies. For your chance to win a copy of this book see our pinned post on Facebook. The draw takes place on April 18th.

Set in 1930 and based on true events, this middle-grade novel explores family secrets, set at the Ideal Maternity Home.

Tulia May lives in rural Nova Scotia with her mother, who works in the laundry of the nearby Ideal Maternity Home. It’s a place where unwed mothers can discreetly give birth, a place where adoptions by rich Americans can be quickly arranged. Tulia doesn’t think about the workings of the home much; mostly she hates being roped in to helping scrub the endless diapers. Her friend Finny Paul has suspicions that the home is holding sinister secrets—the worst being that unadoptable babies are being buried in butterboxes—but Tulia thinks he’s being ridiculous. When Tulia’s sister Becky ends up in the home, Tulia truly starts to consider Finny’s concerns. And when she and Finny discover what’s really going on there, she knows she has to act quickly to keep Becky’s baby safe.

Based on the true story of the Ideal Maternity Home, and its tragic Butterbox Babies, The Family Way is a thoughtful and engaging exploration of family and of Nova Scotia’s history. A stand-alone middle-grade novel, it also serves as a prequel to the critically acclaimed Cammie novels, Flying With a Broken Wing and Cammie Takes Flight.

“One…Two…Three…I’d heard somewhere that counting to ten when you’re at your wits’ end was a good way to keep from blowing your stack.” pg 174

The Family Way is a middle-grade, historical fiction, novel based on the true Nova Scotia tragic story of the Ideal Maternity Home, a home for unwed mothers and the babies who died there and were buried in wooded boxes from a local dairy and called ‘The Butterbox Babies’.
This was the first book I have read by Laura Best and I was impressed with the attention to detail of the very real events, interests, and concerns going on during the time this book was set. Middle graders that read this will get an accurate picture of what it was like to be a 12 year old in 1939-40 in Nova Scotia. Tulia the main character was just like many other 12-year-olds girls during that time period, collecting pictures and following the news of the Dionne quintuplets, listening and worrying about the news of Hitler and war overseas, watching as family members enlisted, buying war stamps, and knitting socks & scarves for the war effort. Although it says this book is for 9-13 years old I think that it should say for ages 9 and up, as I think young adults and adults will truly like and appreciate this book.
Tulia lives in East Chester, just up the road from the Ideal Maternity Home, which is the main focus of the story. The Family Way touches on some of the very real and tragic occurrences that happened in the home to both the unwed mothers and their babies. With Tulia helping her Mother in the laundry and then her sister becoming a temporary resident of the home- we get a fictional look at what could have been.
I don’t want to give anything away, but I did find the ending a bit rushed and had to go back and reread it to ensure I didn’t miss anything. Whether this was because the actual storyline was rushed or it was just me rushing through to see what happened, I’m not entirely sure. I would recommend this to anyone interested in Nova Scotia history young or old. -Sue Slade Goodreads January 2021