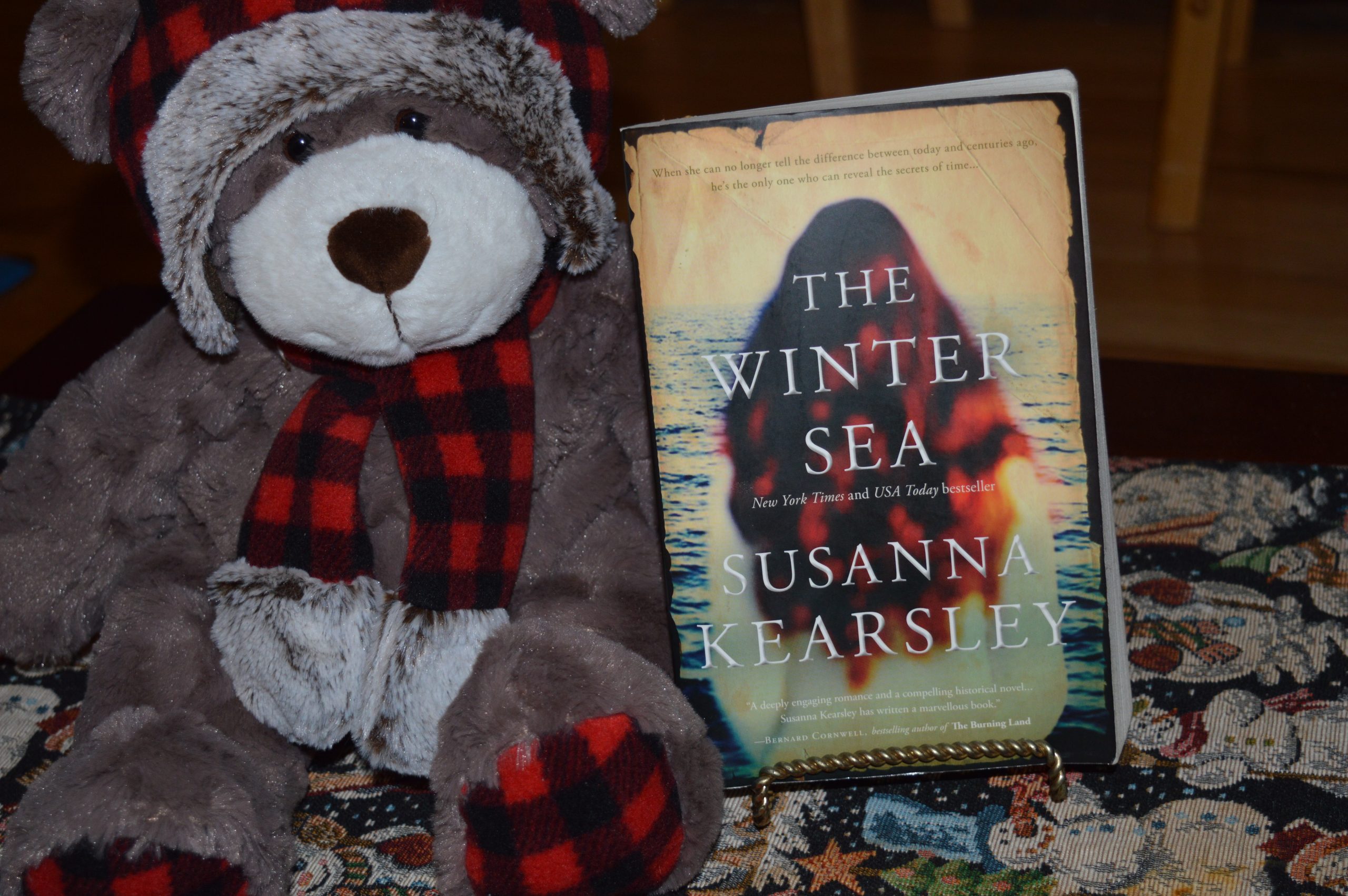 “For if there was no winter, we could never hope for spring.” ― Susanna Kearsley– The Winter Sea

The Winter Sea was our second ‘Staff Reads’ selection. It was the first time any of us had read books by Susanna Kearsley, but it won’t be our last.

History has all but forgotten…

In the spring of 1708, an invading Jacobite fleet of French and Scottish soldiers nearly succeeded in landing the exiled James Stewart in Scotland to reclaim his crown.

Now, Carrie McClelland hopes to turn that story into her next bestselling novel. Settling herself in the shadow of Slains Castle, she creates a heroine named for one of her own ancestors and starts to write.

But when she discovers her novel is more fact than fiction, Carrie wonders if she might be dealing with ancestral memory, making her the only living person who knows the truth-the ultimate betrayal-that happened all those years ago, and that knowledge comes very close to destroying her…

Please note: This novel has also been published under a different title: Sophia’s Secret.

Review: The Winter Sea was the first novel I have read by Canadian Author Susanna Kearsley. I found it to be a beautifully written, well-researched book within a book. Two parallel yet intertwined love stories, one set in 1708 and one in the present day. If you love books with history, old castles, and irresistible Scottish men complete with their Scottish burr, then you’ll enjoy this book. I’m all set to start the sequel The Firebird tonight. Sue Slade Goodreads January 2022

Review: This was the first Susanna Kearsley that I’ve read. Not sure why as I really enjoy historical fiction and Susanna Kearsley definitely didn’t disappoint. Loved the characters, Sophia, from the past and Carrie in the present day. Deciding to write about one of her ancestors author Carrie takes us to Scotland in early 1700 when Scotland is trying to get their exiled King James back on the throne. Carrie discovers that being in Scotland has brought her closer to one of her characters, Sophia, than she ever could imagine. And with love found and heartbreaking losses tossed in Carrie manages to bring her story for both herself and Sophia to a very satisfying ending. There is actually a little twist at the end that I didn’t see coming. I really enjoyed this book and would recommend it to anyone who really enjoys historical fiction author’s such as Philippa Gregory, Mary Stewart, Mary Kay Penman…etc Amy McIsaac Goodreads January 2022

“The kiss was brief but left no room for me to misread his intentions. For that swirling moment, all I felt was him, his warmth, his touch, his strength. And when he raised his head I rocked a little on my feet off balance. He stood looking down at me as though he’d felt the power of that contact too. Then his teeth flashed white against the darkness of his beard, grey eyes crinkled.

“Put that in your book,” he dared me.

And he turned and shoving both hands deep into his pockets walked off whistling down the wet path while I stood behind and watched him, standing speechless in the rain.”
― Susanna Kearsley The Winter Sea

Review: The Winter Sea was beautifully written, and a perfect blend of historical and contemporary fiction. I enjoyed Carrie’s narration throughout, as if taking a break before the action continued. The story painted an inviting image of Scotland in both centuries, and was difficult to put down once I was invested! Erin O’Neill Goodreads February 2022

Read the first chapter of The Winter Sea for free at https://susannakearsley.com/books/the-winter-sea

The Winter Sea was the first book in Susanna Kearley’s Slains series. Firebird is the follow-up

Nicola Marter was born with a gift. When she touches an object, she sometimes glimpses those who have owned it before. When a woman arrives with a small wooden carving at the gallery Nicola works at, she can see the object’s history and knows that it was named after the Firebird—the mythical creature from an old Russian fable.

Compelled to know more, Nicola follows a young girl named Anna into the past who leads her on a quest through the glittering backdrops of the Jacobites and Russian courts, unearthing a tale of love, courage, and redemption.

Review: I found The Firebird, by Canadian Author Susanna Kearsley, to be a wonderfully written follow-up to her novel The Winter Sea. With Kearsley’s writing style of blending and intertwining contemporary and historical storylines, we were able to find out what happened to John and Sophia’s Daughter Anna. While I did enjoy the story of Nicola and Rob, it was Anna’s story that kept me glued to its pages.

“We rarely see the things we don’t expect to see.”
― Susanna Kearsley, The Firebird

Without spoiling the story, I will admit that the unexpected surprise at the end had me rereading the first third of the book with new eyes. Her novel ‘The Shadowy Horses’, in which she introduces the character of Rob McMorran is now on the top of my TBR pile. Sue Slade Goodreads January 2022

Read the first chapter of The Firebird for free at https://susannakearsley.com/books/the-firebird/