Our Next Staff Reads Selection: Secrets of the Hotel Maisonneuve by Richard Levangie 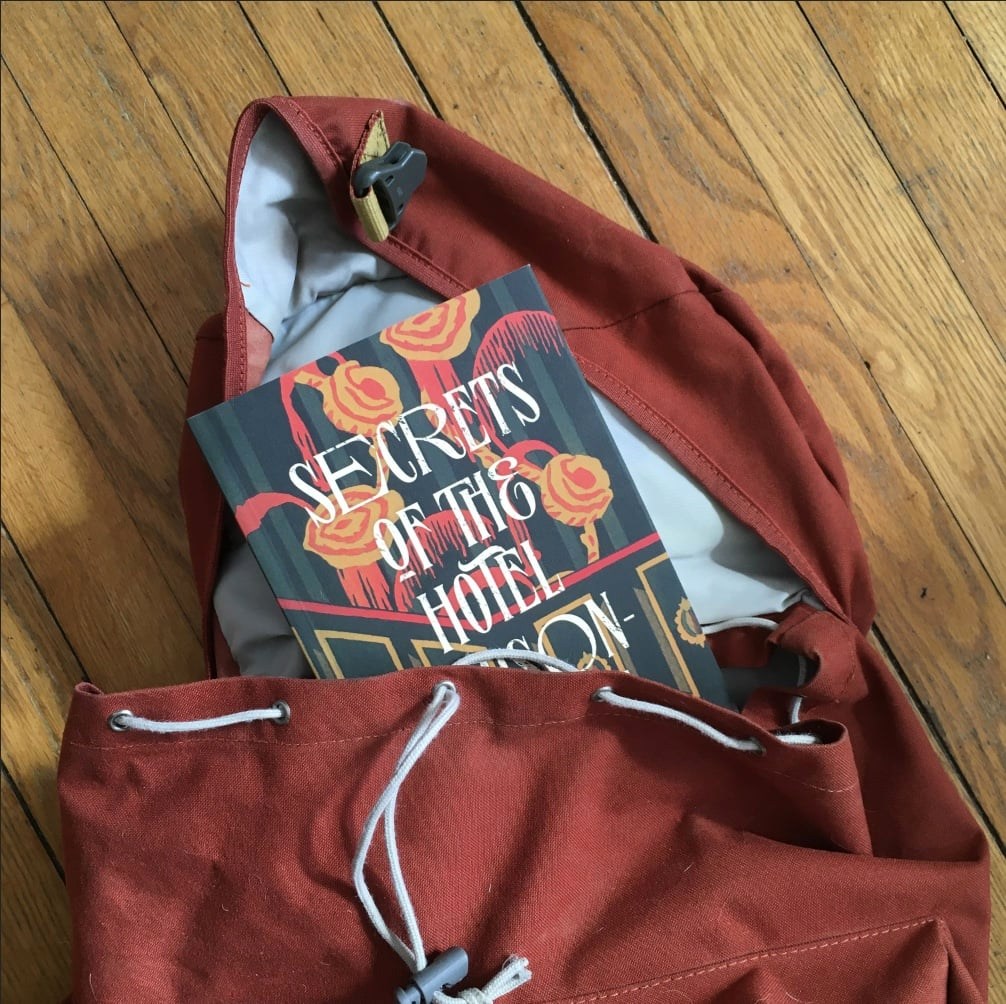 Our Next Staff Reads Selection: Secrets of the Hotel Maisonneuve by Richard Levangie

Coming To A Backpack Near You

In March Nevermore Press announced that Secrets of the Hotel Maisonneuve by Richard Levangie would soon be available at elementary schools across Nova Scotia and is available through the Nova Scotia Book Bureau for class reading and study. They also announced that it is now in its second print run. Congratulations!!!

On the heels of these announcements, the staff at Dartmouth Book Exchange thought that Secrets of the Hotel Maisonneuve would be a perfect choice for our next Staff Reads Selection.

A Teacher’s 50+ page novel study guide for Secrets of the Hotel Maisonneuve is now available. It includes a teacher’s reference, reader reviews, a synopsis of the novel, a student’s study guide, and a study guide with answers! A sample can be found at the bottom of this blog. If you’d like a copy just let us know.

Richard says: I wrote this book a number of years ago, but shelved it in 2015 after three publishers brought it to their editorial boards — the final stage of a long process before acceptance — only to ultimately turn it down, with regrets (once for having a complicated plot, once for being authentically Canadian, and unlikely to sell well in the United States). And so it languished on my venerable MacBook Pro for five years before I sent it to a new Canadian publisher that was garnering a reputation for selling terrific books.

What can I say? I love Jacob’s story, and I love how distinctly Canadian it is. I was trying to write a mystery for middle graders that I would have enjoyed reading at that age. May 2021 Goodreads

Adopted into a mixed family, thirteen-year-old Jacob Jollimore is having the worst summer of his life helping to care for an elderly Vietnamese woman that he ran into and injured while trying to escape a bully. Worse still, he’s Vietnamese. But a hundred-year-old letter hidden in a bureau in the Edwardian hotel his parents are renovating sends him on a treasure hunt that will require him to think like Sherlock Holmes and just may prove to be everyone’s salvation.

Jane Doucet, author of Fishnets & Fantasies says: Secrets of the Hotel Maisonneuve is a compelling tale of family, friendship and forgiveness, with a mystery to solve thrown in for good measure. It’s technically for young adults, but I’m middle-aged and I enjoyed it—a good story is a good story. Kudos, Richard! Goodreads December 2020

“Sometimes when I let problems percolate, an answer comes to me out of the blue.”
― Richard Levangie, Secrets of the Hotel Maisonneuve

Lyn Thomson, a volunteer at our store, says “Secrets of the Hotel Maisonneuve” is much more than a “goodread,” and it is not just a YA novel, for this OA unabashedly loved it. It presents a wide spectrum of multi-cultural characters, and offers a surprising range of themes including architecture and renovation, food and cooking, bullying and child abuse, games and puzzles, refugee camps and history.

The story takes place in Montreal, where Jacob, adopted as a baby from Vietnam, has been uprooted from his neighbourhood and friends. He is spending a difficult summer between grades seven and eight helping his family renovate a formerly grand hotel, while also caring for an elderly, recuperating woman in her home. Discovering letters and artifacts hidden throughout the Maisonneuve by a boy his age who lived there a hundred years previously, saves him from his unhappy situation and gives him an exhilarating free-time occupation as he deciphers the boy’s encrypted messages. Something extra this book offers to readers with an aptitude for puzzles is the opportunity to work through the clues and try to find their meanings before learning Jacob’s solutions—I did not do this, but hope the YA reader will take time to add this dimension to the excitement of the book. “Secrets of the Hotel Maisonneuve” offers a full-course experience, and left me sated. March 2021 Goodreads

“He didn’t act old, even though he was forty-four and riding the downward slope.”
― Richard Levangie,  Secrets of the Hotel Maisonneuve

Hope Dalvay, Author of Camp Fill-in-the-Blank, says I absolutely loved “Secrets of the Hotel Maisonneuve.” It had all the ingredients of what I consider to be a great middle-grade novel (or any novel, for that matter): an intriguing plot, perfect pacing (not too fast, not too slow–just right), a setting with its own unique flavour, and, most importantly, characters I actually care about. “Secrets of the Hotel Maisonneuve” is a real treasure (pun intended) and is a Canadian classic in the making. I think readers young and old will enjoy it. March 2021 Goodreads

What the staff thought:

Sue Slade What a wonderfully fun book to read!!!
The characters were very well developed and colourful. I just loved the Dragon Lady and can visualize her various facial expressions throughout the story. The storyline was extremely entertaining, intriguing, and suspenseful- with a quite bit of history thrown in without it being a history lesson. December 2020- Goodreads

“But it’s a good lesson to always try to be kind to people. You never know what battles they’re fighting, what problems they have to overcome.”
― Richard Levangie, Secrets of the Hotel Maisonneuve

Amy McIsaac Secrets of the Hotel Maisonneuve by Richard Levangie is a real gem.

Although deemed a middle-grade novel, this is a book that adults would enjoy as well. The book is centered around thirteen-year-old Jacob Jollimore, ‘Cubby’ as his family affectionately calls him. Jacob’s father has lost his job and it is the family’s hope by investing in and renovating a historic old hotel in Montreal that they will be able to sell it and find financial security once again. Jacob helps in any way possible, from running errands to hands-on construction. But it proves to be a stressful summer for Jacob. He becomes the attention of the neighborhood bully and in one of his attempts to flee, he accidentally runs into an elderly Vietnamese lady, knocking her down and causing her serious injury. He feels horrible and as restitution and his parents agree that once she is released from the hospital, he should help her while she is recovering in her home. This proves to be a challenge for him as Mrs. Nguyen does not want anything to do with Jacob and resents him even being there. It is only the discovery of a hidden puzzle box in an antique dresser that gives Jacob something to look forward to. And as Jacob learns a bit about Mrs. Nguyen’s past and the hardships she’s been through both he and Mrs. Nguyen will learn some valuable lessons about love, friendship, and the healing power of forgiveness. But ultimately it is the puzzle box and its secrets that hold the key to prosperity.

“Holding on to anger is like holding on to a hot coal that you wish to throw at your enemy. You are the only one who gets burned.”

Erin O’Neill– A perfectly thrilling kids adventure! Jacob discovers the importance of learning from his mistakes, and demonstrates his compassion and determination throughout. The riddles and puzzles in the book proved to be fun for all ages, an added bonus. I definitely recommend it if you’re looking for your child’s next book, or a light read for yourself! Goodreads May 2022