No Girls Allowed: Inspired by the True Story of a Girl Who Fought for her Right to Play by Natalie Corbett Sampson 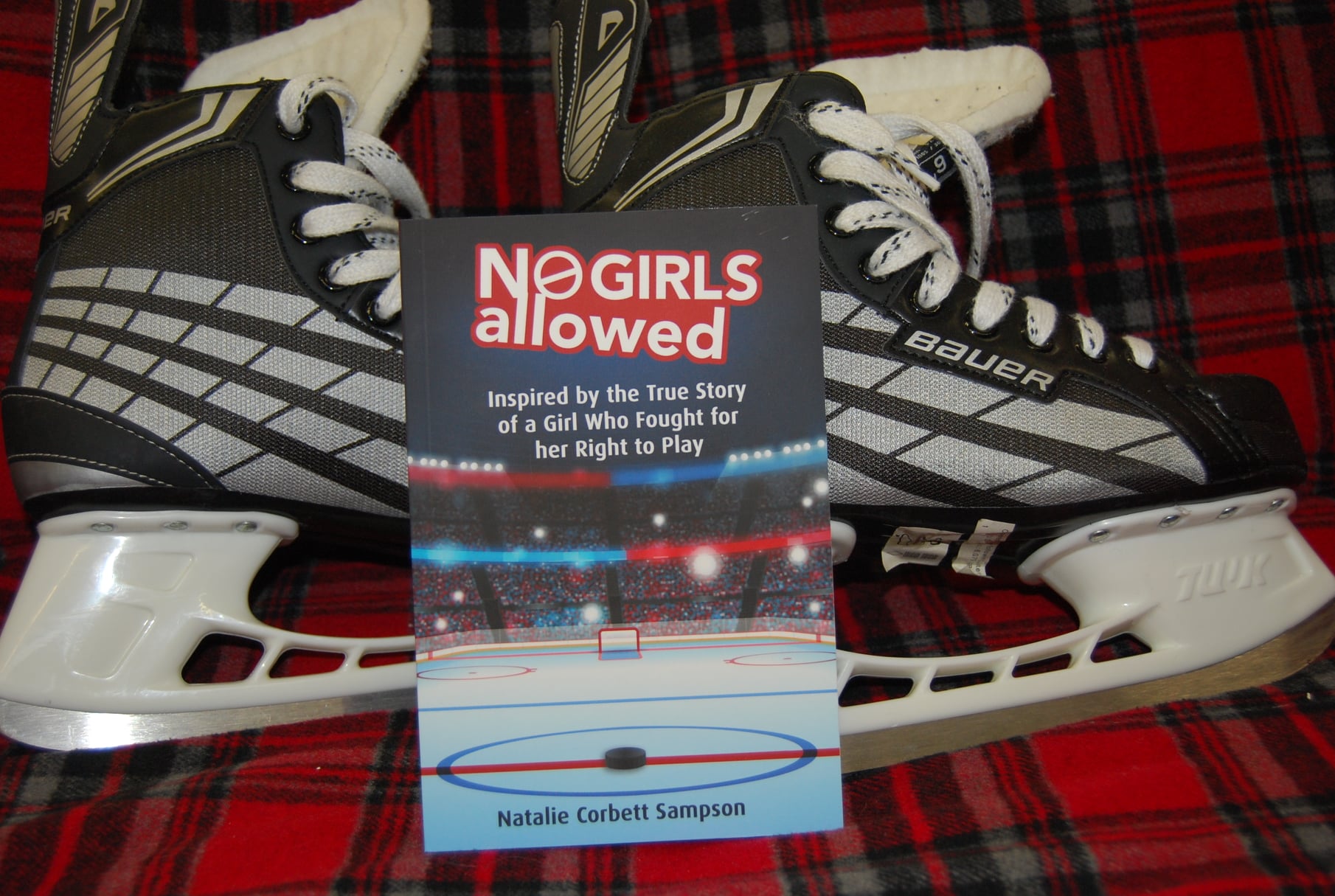 No Girls Allowed: Inspired by the True Story of a Girl Who Fought for her Right to Play by Natalie Corbett Sampson

***Author Spotlight & Book Give-A-Way***Our 6th in our series of I Read Canadian Author Spotlights is Natalie Corbett Sampson’s No Girls Allowed, a middle-grade novel Inspired by the True Story of a Girl Who Fought for her Right to Play Hockey published by Nimbus Publishing. #IReadCanadian Every young Canadian should have access to Canadian books For your chance to win a copy of this book see our pinned post on Facebook. Draw Date Sunday, February 7th.

It’s 1977, and 10-year-old Tina couldn’t be happier about her life. Not because she just moved to Yarmouth, Nova Scotia, but because she’s finally old enough to make her dream come true: she can play on a real hockey team. But when she tries to join the league, she learns that girls aren’t allowed to play on the boys’ team—and there’s no team for girls. Despite jeers from classmates and cruelty from some of the town’s adults, Tina is determined to play. She wants it more than anything. With the help of her family, Tina takes her fight to the Human Rights Commission. She’s allowed to play on a team while her case goes through court, but though she’s the best skater on the ice, even some of her teammates think she shouldn’t be there. From facing down angry coaches to testifying on the stand, Tina does everything for one big goal: to play real hockey. Based on an inspiring true story, No Girls Allowed is a journey of passion, determination, and sheer love of the game.

“I think you’re very brave to be the first girl to take on this fight…Sometimes people call it ‘opening doors.’ You are opening the door for girls to play, just like the boys.” #InThisTogether #digitallylit pg 81 ‘No Girls Allowed’ by Natalie Corbett Sampson.