Michelle Bryan and her Power of Fae Series 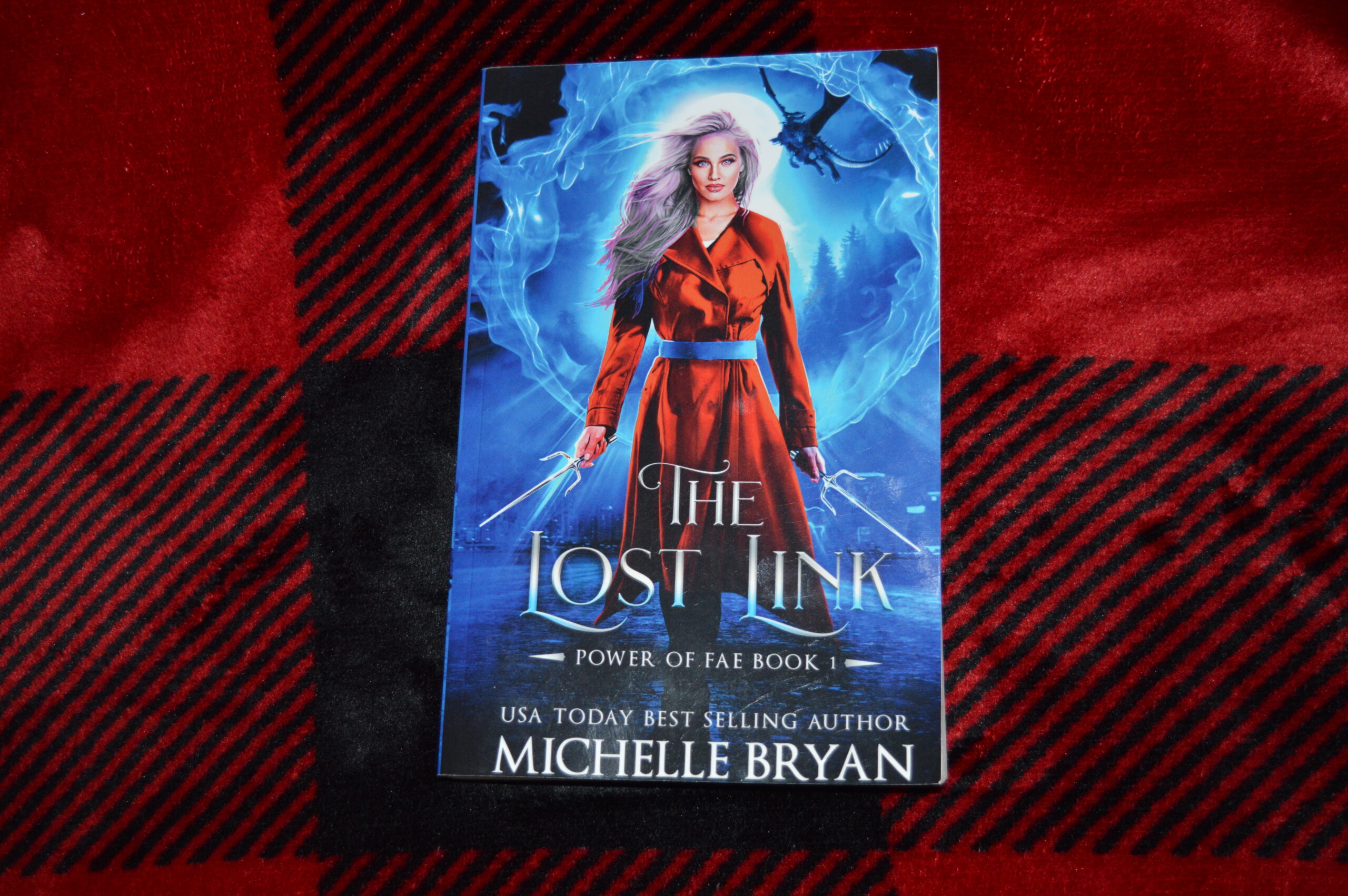 Michelle Bryan and her Power of Fae Series

This week our Author Spotlight is on USA Today Best Selling & local Author Michelle Bryan and her Young Adult, Urban Fantasy Power of Fae Series. For a chance to win a signed copy of The Lost Link book 1 in the series, see our pinned post on Facebook. The draw takes place Monday, May 17th.

I die every night in my dreams.

Add to that the hallucinations of people I’ve never met and creatures that don’t exist, and you can see why I don’t let anyone in. People don’t take well to weirdos that can’t tell reality from illusion.

That all changed the day a dragon attacked. Yup, that’s right. A real-life, smoke-breathing dragon hunted me down in the middle of a school day. I only escaped because a Faerie forced me to jump through a fire portal into a realm of magic. Normal, right?

Just when I thought things couldn’t get any weirder, I met him. The Fae prince. Eyes of jade, ebony hair, and a smile that made my knees weak. Too bad he was my mortal enemy sent to finish what the dragon started.

Now, faced with parallel worlds, a daring escape plan, and an evil queen bent on taking over the universe, only one thing is for certain.

I’m in way over my head.

Jette O’Hare doesn’t belong with a Fae prince. And she sure as heck doesn’t know how to win a magical war.

That’s me, I’m Jette. One of the alleged saviors expected to help save the multiverse. But the people who believe that bull are in for a world of disappointment.

Every bizarre, parallel world I visit is filled to the brim with trouble, and I somehow always manage to end up knee-deep in all of it. More problems are the last thing I need in my life right now.

Learning I’m an elemental and expected to help save the multiverse? That’s some pretty heavy stuff, and I don’t know if I can take much more.

If it wasn’t for Prince Starke’s guidance and friendship, I would have admitted defeat and run for the hills long ago. He taught me to accept and control my magic. He kept me grounded in this world of chaos. But even he has his secrets. Secrets that just may cost us the war with the Fae queen.

If I can’t figure out who to trust, and soon, the question won’t be can we win the war, but will we even survive it.

This second novel in Michelle Bryan’s Urban Fantasy, Power of Far series was just as wonderful as book one. Michelle keeps the steady fast pace she set in the first book, so much so that you can barely set this book down. I’m hanging on the edge of my seat to read book 3- but with mixed emotions, as I know it’s the last installment. Goodreads March 2021

I’d lost Starke to the darkness of blood magic. My rock. My mentor. The man I loved had suddenly become my mortal enemy.

And worse, I’d made a promise to my grandmother and the clan leaders to eliminate him if I couldn’t bring him back from the abyss. I didn’t have a choice. It was the only way to lift the kill on sight order on his head. Still, not one of my smarter decisions.

But one thing at a time. First we needed to find the last elemental, convince him he was a magical being, get him to jump with us to another world, and fight in a war for the multiverse. Easier said than done since Starke was determined to stop us every step of the way, and we were running out of time.

If I couldn’t convince Starke of who he truly was, and soon, our worlds would never be the same

A Satisfying Conclusion to this Brilliant Trilogy

I confess that I binge-read this entire Urban Fantasy series. I started and finished this third installment today and it did not disappoint. There were some unexpected plot twists in this one that kept me glued to its pages. This was the first series that I read by Michelle Bryan and now I will be on the hunt for her others. Sue Slade Goodreads March 2021