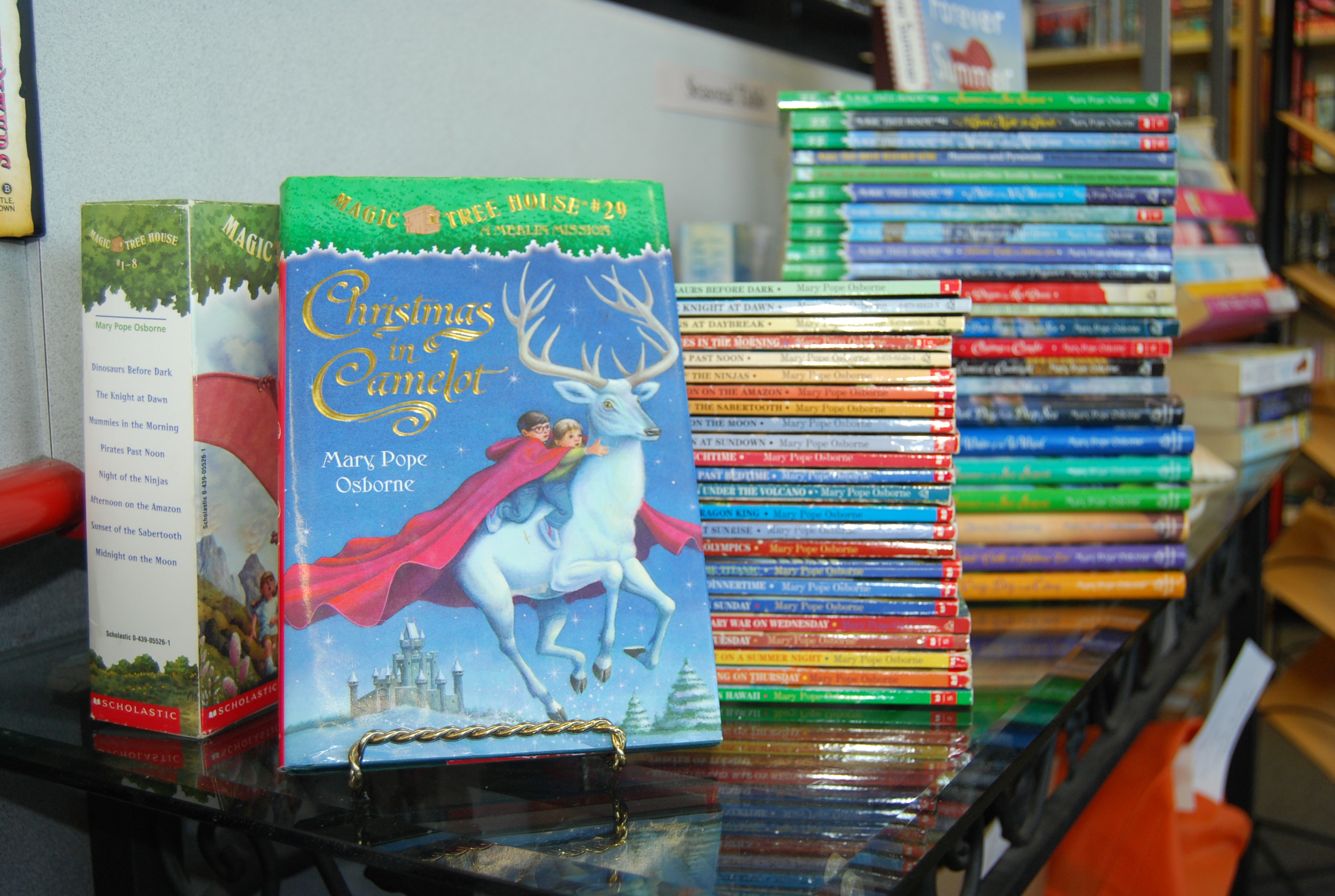 On July 28th, 1992, Dinosaurs Before Dark, the first volume of Mary Pope Osborne’s Magic Tree House Series was first published.  This year marks her 25th Anniversary.  Let’s help her celebrate by reading this series with your child (ren).  We now have a selection of her books on our seasonal table.

The series by consists of two groups. In the first 28 books, Morgan Le Fay sends Jack & Annie, two non-magical children who are siblings from Frog Creek, Pennsylvania, on numerous adventures & missions with a magical tree house in order to help free Morgan from a spell, solve four ancient riddles to become Master Librarians, & save four ancient stories from being lost forever. The second group, starting with book 29 are the Magic Tree House “Merlin Missions” series. In these missions, Jack & Annie, along with Kathleen & Teddy (two apprentices who befriend Jack & Annie during their adventures) have quests from the ancient wizard Merlin the Magician. These books are longer than the previous 28, and some take place in fantasy realms like Camelot.