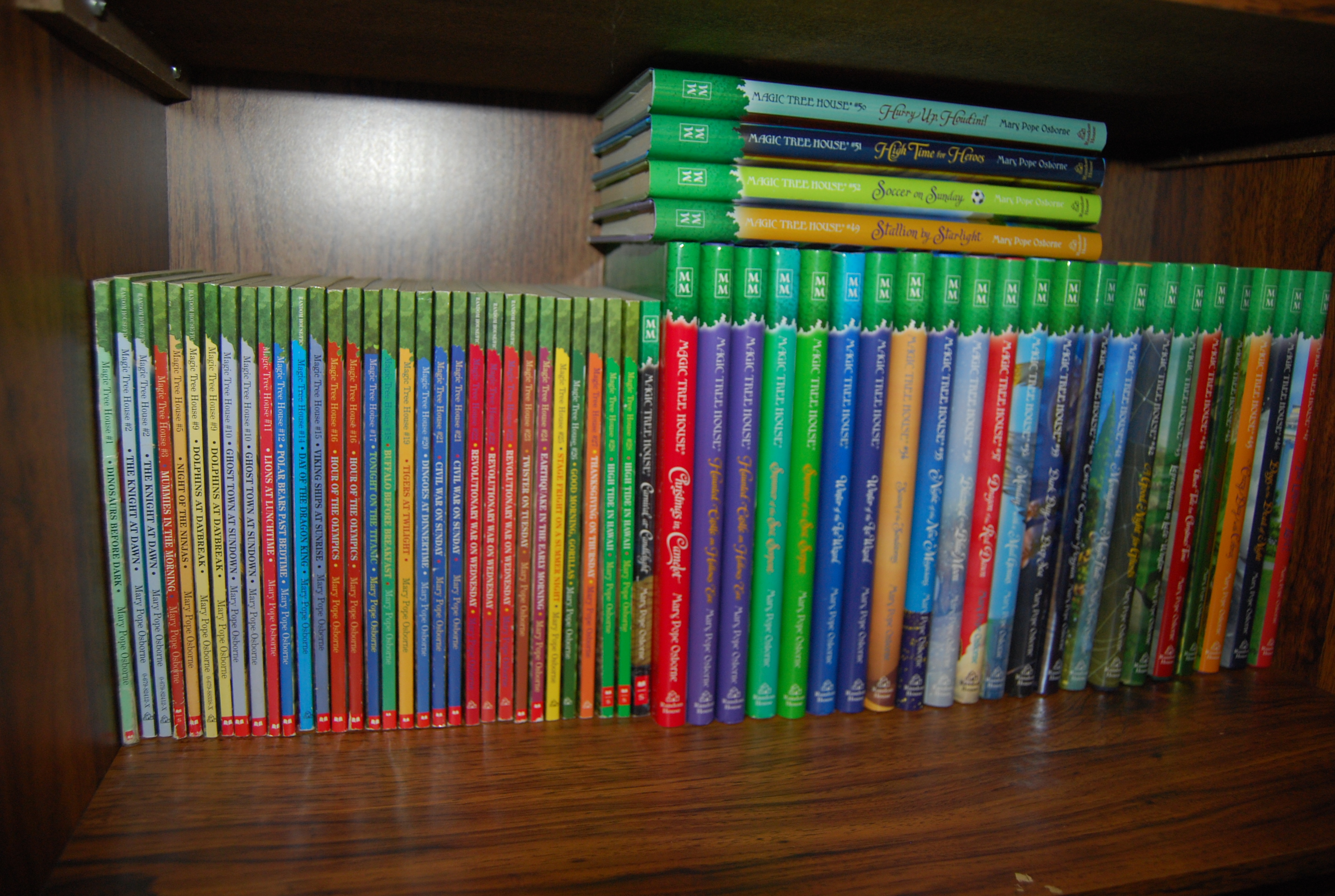 We just got in a whole bunch of the Magic Tree House Series by Mary Pope Osborne.  The series consists of two groups.  In the first 28 books, Morgan Le Fay sends Jack & Annie, two non-magical children who are siblings from Frog Creek, Pennsylvania, on numerous adventures & missions with a magical tree house in order to help free Morgan from a spell, solve four ancient riddles to become Master Librarians, & save four ancient stories from being lost forever.   The second group, starting with book 29 are the Magic Tree House “Merlin Missions” series. In these missions, Jack & Annie, along with Kathleen & Teddy (two apprentices who befriend Jack & Annie during their adventures) have quests from the ancient wizard Merlin the Magician. These books are longer than the previous 28, and some take place in fantasy realms like Camelot.