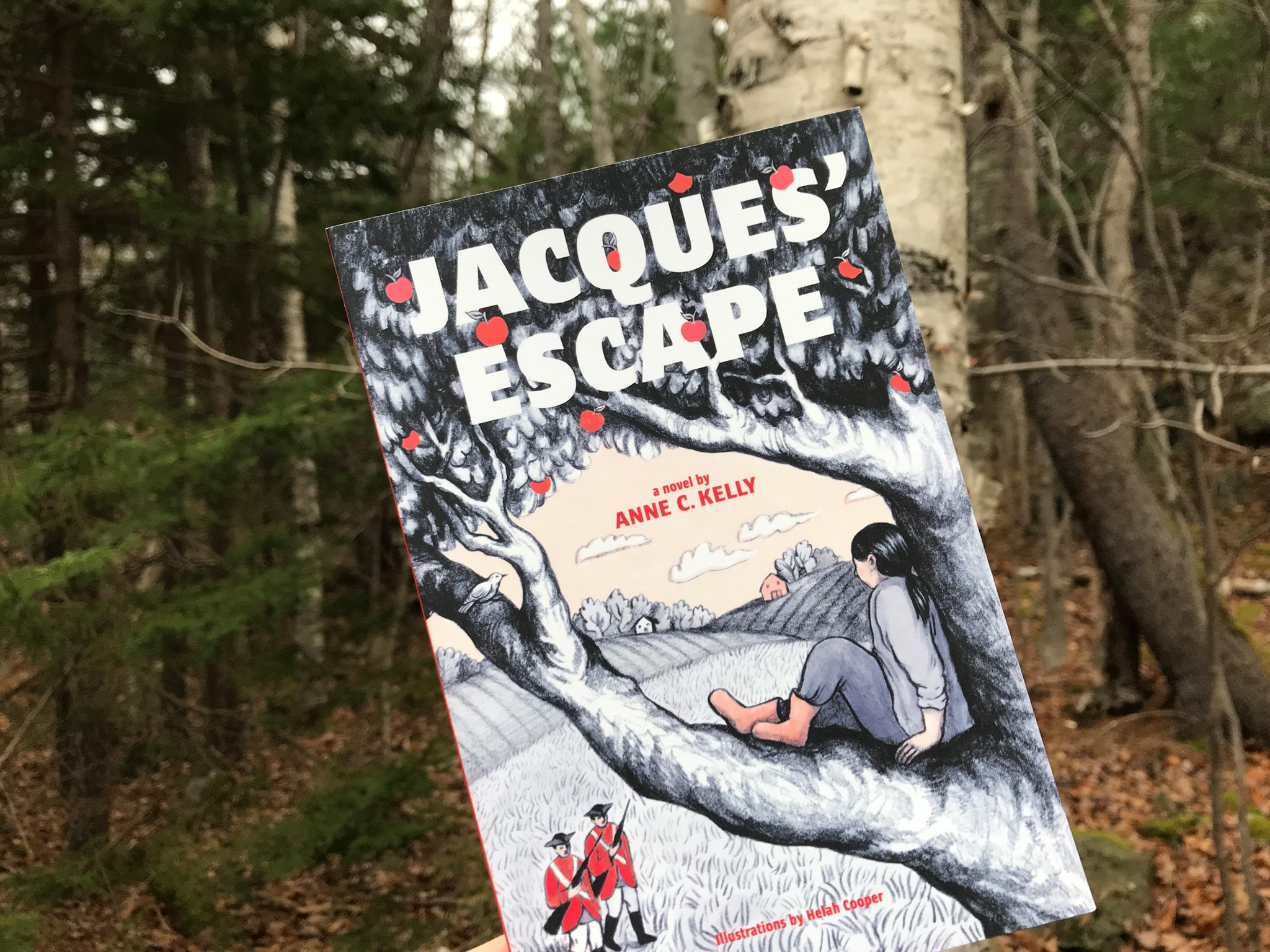 Shortly after 3:00 pm, on Friday, September 5, 1755, Lieutenant-Colonel John Winslow read the Deportation Order to the approximately 418 Acadian men and boys over the age of 10 who were held in Saint-Charles des Mines Church in Grand-Pre by British Troops. He announced that their land and livestock were forfeited to the British Crown, and that they would be Deported by vessel to His Majesty’s British Colonies, allowing them to bring only such personal possessions that “would not inconvenience the ships”. The Deportation that followed subsequently in the following weeks put an end to 75 years of Acadian presence in the “Breadbasket of Acadie” after some Acadians had moved here from the “Cradle of Acadie” – the Port-Royal area. Eventually, about 2202 Acadians were Deported from the Grand-Pre region.

Fourteen-year-old Acadian Jacques Terriot is being deported with his family to the British colony of Massachusetts. He longs to escape and join his older brother in fighting with the French. Jacques is about to set out on a journey that will teach him the true meaning of family and home, as well as what it means to be Acadian.

Jacques shoved his hands into the pockets of his thick wool trousers to hide their shaking. Henri was right; Lawrence did want to get rid of them. The English had threatened to deport them before, but no one had taken the threats seriously.

What a fabulous historically rich middle-grade reader!!! A must-read for all Nova Scotia history students studying the Acadian Expulsion. The novel not only describes the expulsion itself- but the events that happened afterward, a time period that is mostly glossed over in the history books. What was their life like resettling in places like Boston? What did they do? How did they feel? How did they live? How did they cope? This story paints a very vivid picture of all these experiences for 14-year-old Jacques and his family, in a way that grabs the attention of the reader and holds it, until the very end of the novel. Sue Slade Goodreads April 2020