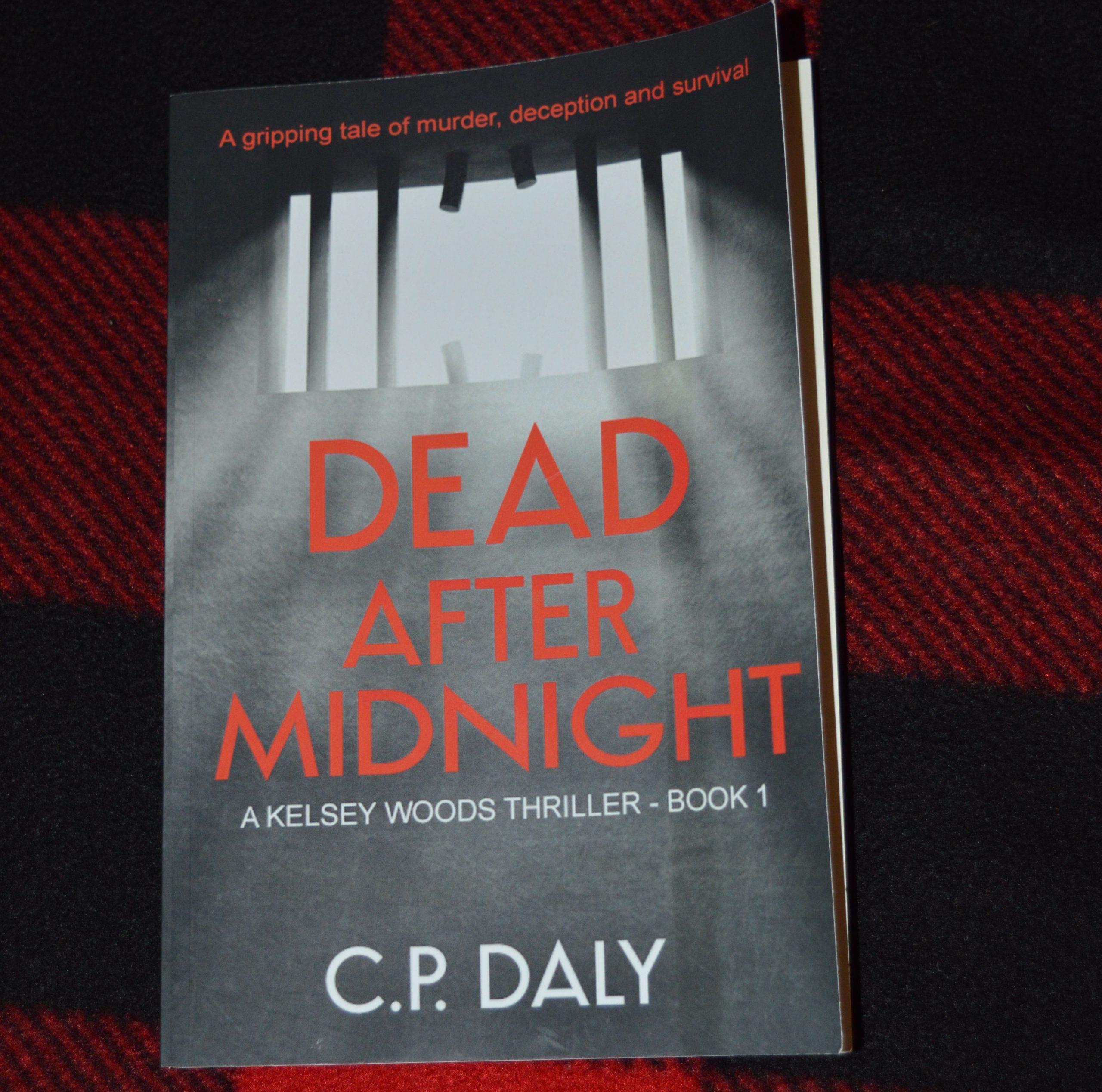 *Author Spotlight & Book Give-a-Way*
Local Author CP Daly’s debut thriller ‘Dead After Midnight’ was just released in May 2020 and we are pleased to be doing a spotlight on her and her Kesley Woods thriller series this week.
Since we cannot do instore events, during these uncertain times, we will be doing spotlights on local authors. For this first spotlight, we will be giving away 1 copy of Daly’s book. The draw will take place Sunday, July 19th. See our pinned Facebook Post for details.

Dead After Midnight by CP Daly

Suzie Q is a prostitute and determined to get out of her current line of work and excited for a fresh start with best friend Lucy by her side. Her dreams come to an abrupt halt, when, during a night of turning tricks, she stumbles upon Lucy’s brutally murdered body. Fearing for her life, Suzie runs to her neighbor, Luke’s, to regroup, where she discovers he’s not just a creepy client, but an undercover FBI agent. He blindsides her when he reveals that she’s mixed up in an FBI investigation, and that she’s been unknowingly working for Johnny Stone, New York’s notorious crime boss. Suzie flees from New York, hiding in a quaint seaside town in Maine. She changes her identity and her life. Now she has to survive, to keep the life she has come to love.

This is the first novel in the Kelsey Woods thriller series. Her second book in the series; Dead Before Sunrise is due out this fall.