A Literary Christmas- A fun way to spice up the holidays 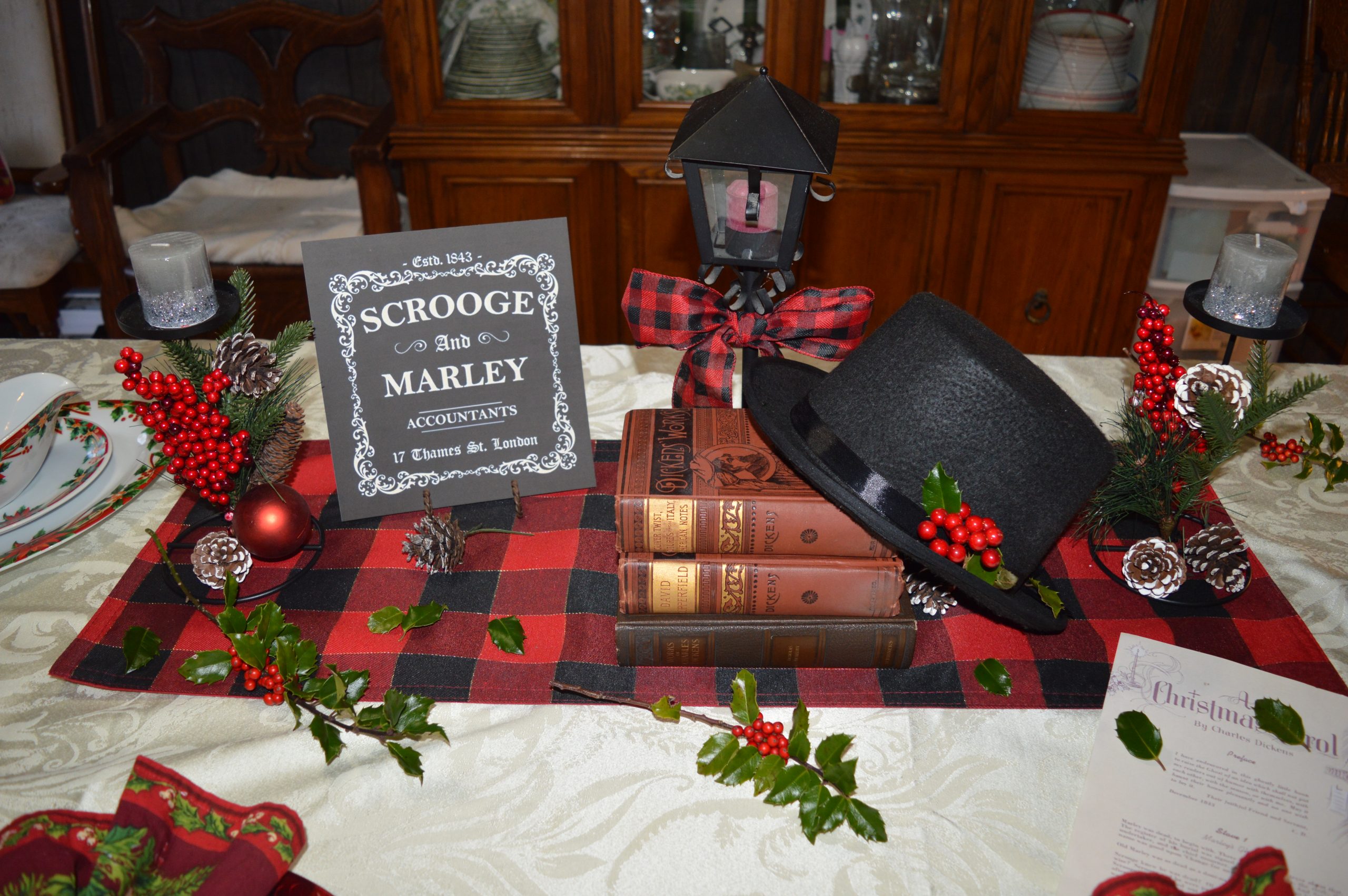 A Literary Christmas- A fun way to spice up the holidays

There are many Literary themes that can be used to spice up your holidays. It all depends on your reading interests, if you have children or not, and their ages. For singles, you could host a literary-themed dinner party for your friends or even extended family. Themes can be as elaborate or simple as you’d like them to be. When my son was little, we did younger themes such as A Polar Express Christmas, and A Merry Grinchmas. Now that he is 14 we needed our theme to grow up and mature just as he has.

I find once a theme is picked, everything around the holidays becomes much easier from planning meals to decorating, to entertainment, and even gift buying. My son and I started the month by reading a couple of the modernized versions of A Christmas Carol and even the first stave of the original. Then we watched 5 different movie versions; from Mickey’s Christmas Carol, Jim Carrey’s animated A Christmas Carol, to Alastair Sim’s 1951 black and white film; Scrooge. Then as a family, we voted on the one we liked the best. I was quite surprised at the results of the vote. We even listened to Patrick Steward do some mini-readings of the novel.

***As many of you know, Jacob Marley does not have a creative bone in his body, but he can certainly follow a recipe. He made Cassie’s Ginger Cake with Sauce from Tunes & Wooden Spoons- Love Without Measure by Mary Janet MacDonald for our ‘Dickens of a Dinner’. Boy did it make the house smell nice!

With the meal planned all that was left was dressing the table. In our case, we found some Christmas dishes at the thrift store, and we bought candles, a table runner, and candler holders from the dollar store. We borrowed red drinking glasses, napkins, napkin rings, a tablecloth, books, and plate chargers. We already had the top hat and pinecone sticks. We cut some holly off a relative’s holly bush and printed some pages off the computer. The result was so pretty we ended up leaving it up for several meals over the holidays.

Have you ever done a literary-themed Christmas? What about a Literary dinner party? We’d like to know about it.