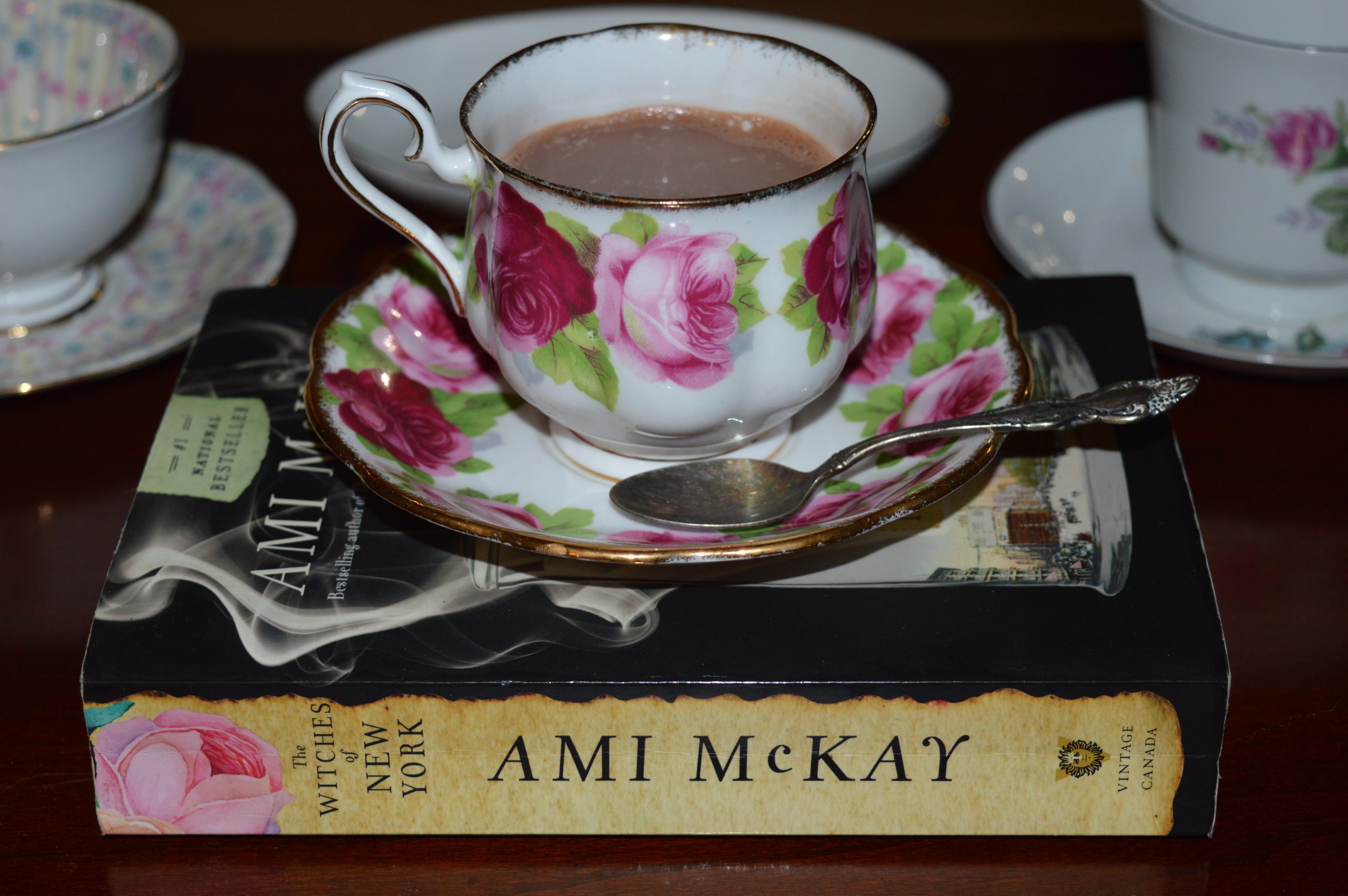 This month, the staff at Dartmouth Book Exchange decided that where Ami McKay’s The Witches of New York was on each of our TBR piles, and because she was a local author, we would all read it at the same time creating a sort of Staff Book Club or ‘Staff Reads’. Since we can’t hold in-store events at this time, we invited our customers to read it along with us from home and we had a couple of them join the challenge. It was really nice discussing which page we were on and how we were liking it so far when we saw each other at work.

“People like the feeling they get when they think they’ve stumbled upon something miraculous. It’s a proven fact.”
― Ami McKay, The Witches of New York

For anyone who is not familiar with the book here is the synopsis:

The beloved, bestselling author of The Birth House and The Virgin Cure is back with her most beguiling novel yet, luring us deep inside the lives of a trio of remarkable young women navigating the glitz and grotesqueries of Gilded-Age New York by any means possible, including witchcraft…

The year is 1880. Two hundred years after the trials in Salem, Adelaide Thom (‘Moth’ from The Virgin Cure) has left her life in the sideshow to open a tea shop with another young woman who feels it’s finally safe enough to describe herself as a witch: a former medical student and “gardien de sorts” (keeper of spells), Eleanor St. Clair. Together they cater to Manhattan’s high society ladies, specializing in cures, palmistry and potions–and in guarding the secrets of their clients.

All is well until one bright September afternoon, when an enchanting young woman named Beatrice Dunn arrives at their door seeking employment. Beatrice soon becomes indispensable as Eleanor’s apprentice, but her new life with the witches is marred by strange occurrences. She sees things no one else can see. She hears voices no one else can hear. Objects appear out of thin air, as if gifts from the dead. Has she been touched by magic or is she simply losing her mind?

Eleanor wants to tread lightly and respect the magic manifest in the girl, but Adelaide sees a business opportunity. Working with Dr. Quinn Brody, a talented alienist, she submits Beatrice to a series of tests to see if she truly can talk to spirits. Amidst the witches’ tug-of-war over what’s best for her, Beatrice disappears, leaving them to wonder whether it was by choice or by force.

As Adelaide and Eleanor begin the desperate search for Beatrice, they’re confronted by accusations and spectres from their own pasts. In a time when women were corseted, confined and committed for merely speaking their minds, were any of them safe?

Inspired by Ami McKay’s description of the teashop found on page 20, Sue wrote a fun review/description of the store: Moonlight shone in the windows of the building where all the books were kept. Nestled beside Legends Barber Shop, the unassuming brick storefront was easy to miss. In modest letters, the lit sign read Dartmouth Book Exchange, with a neon open sign above the door. To most passersby, the place was neither remarkable nor inviting. To a select society, who listened to the whispers of friends and followed the store on social media, it was their happy place, a treasure trove for book lovers. The space inside was much bigger than what can be discerned from the outside, and the shelves were exceptionally organized. The women working behind the counter were highly knowledgeable, and supportive of the local craft, and with a little whispered magic, they ensured their customer’s book needs were met. A hidden gem.

“Of course, the act of drinking tea was, in and of itself, quite troublesome, as it had been known to lead to all sorts of sins: idleness, gossip, political activity, subversive thinking.”
― Ami McKay, The Witches of New York

While drinking her Orange Pekoe Tea Erin found the novel to be a perfect blend of historical and the fantastic, The Witches of New York was both beautifully written and full of magic. The camaraderie between Eleanor, Adelaide, and Beatrice was refreshing and heartwarming. This was the first of Ami McKay’s books that I’ve read, and her others have secured their places near the top of my TBR pile. Goodreads January 2022

While drinking her mint tea Amy says: I was reading another book when I was asked to read The Witches of New York as part of our newly formed ‘staff reads’. So I wasn’t overly enthusiastic about leaving behind my current read whose characters were firmly planted in my head. The first couple chapters I was ‘just reading’ not really grabbing me but then…that all changed. Eleanor, Adelaide, and eventually Beatrice all started to take hold and I found myself very engrossed in the story. It particularly made me think about people’s judgments and biases against others whom you may not understand. And the crimes people will do against each other in the name of religion, morality, or their own perceived justice. I really like a happy ending when I read. Doesn’t matter how much strife the characters go through but in the end, I like to feel good, and this book didn’t disappoint. To me when an author can make you forget about the previous book you were fully engrossed in and have their characters float around in your head even after you’re long finished is magic indeed. I will eagerly read another Ami McKay book after this. Goodreads January 2022

“While it might be fashionable for a lady to attend a public lecture on the afterlife, or participate in a seance from time to time, claiming to have seen a ghost yourself does not go down well in polite circles.”
― Ami McKay, The Witches of New York

I enjoyed reading Ami McKay’s The Witches of New York. I loved all the characters including the opinionated raven called Perdu and the two Dearlies; Twitch & Bright. I liked how Ami added little historical facts to her story to make it that much more interesting. I am now on the hunt for Ami’s other books. Sue Goodreads January 2022

“May you rise with the sun, ready to make hay.
May the rains come at night to wash your cares away.
May you sleep with the angels sittin’ on your bed.
May you be an hour in Heaven a’fore the Devil knows you’re dead.”
― Ami McKay, The Witches of New York